Blockchain’s disruptive technology converts something digital (codes) into an online global asset, with a unique traceable identity that can be owned, stored, traded and exchanged for goods and services. 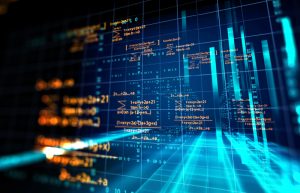 It’s value was based on a computer algorithm rather than “trust” in a central bank. Blockchain’s disruptive technology was the greatest threat to the debt monetary system. So the neo Financial Feudal Lords most likely decided to trash cryptocurrencies in the paper derivatives market (where the price of everything is rigged). Think about it. If the central bank lost control of the money supply then how would they artificially inflate the price of everything and create debt serfs?

Do you think it is a coincidence that global debt rose to $237 trillion in 2017, highest level on record and that millennials are living like Bolshevik peasants in “micro-apartments” weighed down with massive student debt?

Blockchain’s disruptive technology will be more evident where the technology is used as a tool. It will give industries a “techno-driven facelift” by being able to increase productivity, transparency and improve efficiency through time-saving and reduce paper waste.

The transparency of a distributed ledger combined with the cryptographic security makes data sharing in a secure environment possible.

In the healthcare sector blockchain advances facilitate synchronized records and smart care devices on the network. Moreover, by reducing intermediaries in agriculture, third world and small-scale farmers have an opportunity to join the supply chain. Automotive companies can widen their operations and take advantage of economies of scale, by using blockchain to streamline the supply chain.

Blockchain’s disruptive technology is likely to have an increasing impact on the insurance sector. Self-executing smart contracts and distributed databases will increase efficiency, reduce costs and the risk of fraud.

The sheer scope where blockchain’s disruptive technology can be deployed is still being explored. So it is no surprise that blockchain and crypto-related firms have raised almost $3.9 billion in venture capital so far this year, a 280% rise compared to last year.