Bitcoin (Cryptos), central banker’s new foreign reserves, sounds rather bizarre but maybe it is not too far-fetched. Could the NSA have been commissioned by the Fed to develop a global digital currency which would then becomes part of the central bank’s foreign reserves?

The Most conclusive proof that cryptocurrency is the brainchild of the US intelligence agency is a declassified NSA report entitled HOW TO MAKE A MINT (pardon the pun): THE CRYPTOGRAPHY OF ANONYMOUS ELECTRONIC CASH (18 June 1996)

So the NSA’s cryptology division was in advanced discussions about a cryptosystem two decades ago! 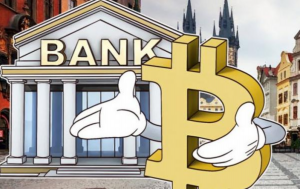 The NSA has virtually an unlimited budget to purchase a network of powerful supercomputers, hire the smartest mathematicians to write the cryptology which requires complex algorithms and formulas and has the means to acquire whatever other infrastructure needed.

Perhaps then the greatest mystery of the finance world, who is the creator of Bitcoin is solved.

Just look at the facts. The NSA’s cryptology division has the means, the know-how, and the motive to create the world’s first digital currency.

Motive?
Cryptos could become the central bank’s new foreign reserves, thereby fortifying USD hegemony. The populist (activist) view is that cryptos are the digital version of occupying Wall Street, it decentralizes the creation of money. Moreover, through blockchain (a digital leger) there is transparency they argue that cryptocurrency is the people’s money.

But have the activists been lulled back to sleep by an elaborate NSA psychological operation?

Think about it. Approximately 90% Bitcoins are owned by just the 10%. So Bitcoins is “hardly the people’s money.” Whatsmore, Bitcoin (cryptos) can not really be described as money (currency), bearing in mind that Bitcoin has appreciated YTD 1,874.67% against the USD. So investors are thinking I am going to store my Bitcoins and instead spend my fiat currency.

Now can you see Bitcoin as a store of value and the new digital gold- Gold version II?
FREE: LEARN 3 OF DARREN’S BEST INVESTMENT STRATEGIES

Take the scenario (Bitcoin becomes the new digital gold) a few moves ahead. The world’s largest Central Bank, the Fed (who creates dollars which finances the NSA) decides to add cryptos to its portfolio of foreign reserves.

Cryptos (Bitcoin, ether, and zcash) are currently not listed as eligible instruments and currencies that central bankers are allowed to trade. But that could all change in 2018.

Why?
G7 currencies are all devaluating against Bitcoin

So G7 central banks could start pouring money into cryptocurrencies in 2018 to bolster their foreign reserves. In short, Cryptos the central banker’s new foreign reserves could be a way of bolstering the Fed’s credibility, bearing in mind that the world largest central bank is probably already the major holder of Bitcoin.

Furthermore, the Fed is probably bankrolling the NSA’s cryptology division.

What this could mean is a USD backed by the world’s first digital cash protocol. Put another way, fiat dollars backed by digital gold with USD sitting comfortably on the dollar hegemony throne.

Other G7 central banks would then seek cryptos (not gold) as a way of bolstering their central bank’s foreign reserves.

But why would cryptos be the central banker’s new foreign reserves and not the well publicised SDRs?

SDRs are a basket of G7 currencies, these are fiat currency backed by extend and pretend debt and nothing of intrinsic value. SDRs are unlikely to sure-up confidence in the central banks and their fiat currency.

So when would be the trigger point be for Cryptos to become the central banker’s new foreign reserves?

When Bitcoin market capitalization exceeds the value of all SDR’s that have been created and allocated to members (approximately $291 billion).

At $17,600 bitcoin become the biggest international currency in market cap.

Cryptos, the central banker’s new foreign reserves can only be possible if the price of cryptos doesn’t collapse into oblivion. The price stability of cryptos will be an important factor.

That is where CME Bitcoin futures which began trading today (18th December) enters into the equation.

Notice how Bitcoin Futures got hammered with sell contracts in the first few hours of trading as illustrated in this chart.

As I wrote in a previous piece the price of Bitcoin will be managed (manipulated) by the banks through the futures market. If Bitcoin is the new gold then the banks will treat it like gold and “managed” its price.

So cryptos, central banker’s new foreign reserves could be one motive of the Bitcoin creator.

Another motive might be that cryptos serve as a distributor of income from the old to the young generation and in so doing it adds another string to capitalism’s guitter. The older generation has been deprived of income from interest on cash deposits, yields on bonds and capital depreciation on precious metals, instead all the rewards are going to the risk taking millennial generation.

The few millennials who bought into cryptos early have the finance to fuel their entrepreneurial ventures. Cryptos is making capitalism sexy. Whatsmore digital gold might restore investor confidence in central banking and fiat currency.