Standby for the central bank’s great Unwind. Eight years on from the worst financial crisis in living memory the main western central banks, the Fed, BoE and the ECB are now singing the same tune; they agree that the transition to monetary normalization has finally arrived. The major stock indexes are hovering at historic highs.

Moreover, the CBOE Volatility Index is at a multi-year low at 9.59

This indicates no fear in the market or signs of a mass sell-off. So traders have their chips stacked sky-high on the “risk on trade” despite the central bank’s great unwind. 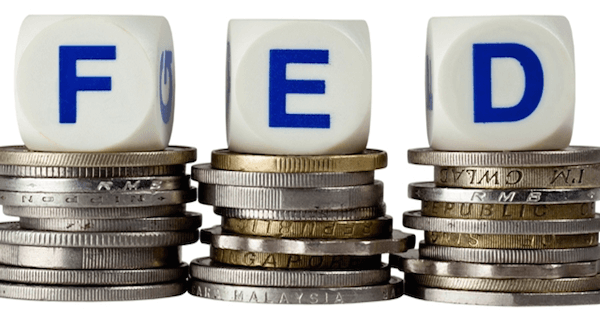 But during this unprecedented period of monetary easing (also known as emergency monetary policy) which involved trillions of dollars being pumped into the market through the central bank’s bond purchasing program, known as quantitative easing (QE) and near zero Fed funds rate all helped to trigger a one-way bet bull market.

Those who disregarded the fundamentals, the economic reality and played along with the central bank’s trillion dollars perpetual motion machine (that is what financial markets have become) were rewarded. Who cares about the retail apocalypse, lackluster consumption, declining real wages, tumbling CAPEX spending and rising geopolitical, instability, after all, what really matters is whether the central bank will keep phony asset prices inflated with more phony money, QE.

Nevertheless, the greatest monetary easing experiment in the history of finance has so far prevented a financial meltdown, the massive bank runs and civil unrest has not materialized. But it is not all perfect. Owners of assets have benefited disproportionately from monetary easing which has distorted the wealth distribution curve (that has had a negative impact on household consumption and social cohesion which could also be fermenting political instability ). Furthermore, asset prices are in a bubble.

So what impact will the central bank’s great unwind then have on market stability going forward?
That’s a question probably on every investor’s mind.

Think about it. For eight years the major western central banks have been buying up bonds aggressively. That has pushed the price of bonds up and their corresponding yields down.

Today, there are still some prime sovereign bonds paying negative yields. So a surreal situation currently exists where the most solvent low-risk governments actual charge investors for lending to them.

The central banks (race track owners) forced the big investors (main horse owners) to pile into stocks, which helped to keep this stock bull market running. In theory, that should have created an investment boom in productive (CAPEX) spending-but it didn’t.

So the risk on trade, piling into stocks was the best play because there is no alternative (TINA). Betting against the central banks was a loser’s game, they had all the guns. In a few words, the central banks forced investors into risk assets.

When the central bank’s great unwind plays out and the Fed starts tapering 120 billion USD in bonds per year (which is a drop in the ocean, bearing in mind that QE amounted to 4 trillion USD) that will push bonds price down and their corresponding yields up.
In other words, the race track owners want to make bonds sexy.

A return of say 4 percent on Treasuries with minimal risk to capital becomes attractive. Moreover, that would take a little air out of equity prices as investors rotate out of equities into bonds. So the central banks could be financially engineering a stock correction as investors take up their bonds.

But that is assuming TINA and discounting the greatest geopolitical change of the century; the evolution of a rival monetary system outside the USD.

What if the horse owners decide to run on another race track. In other words, what if the major investor instead of reinvesting their proceeds from stocks into say treasuries decide to pivot to the East and de-dollarize.

Think of the timing; the central bank’s great unwind is beginning to unfold, meanwhile, the de-dollarisation accelerates. Russia and China have created their own SWIFT system called CIPS System, thereby bypassing the Fed wires for international transactions. Venezuela is bypassing USD for oil exports. Last year The IMF added the Chinese renminbi (RMB) to the SDR basket. Furthermore, Putin’s Russia orders the end to the trade in USD at Russian seaports.

So the central bank’s great unwind is play out when a rival alternative monetary system is being offered which could break the paper Empire of the west. That would accelerate a rival world reserve currency in its place and topple USD hegemony.

Why does a ship have only one captain? Is it for the same reason that the world has one reserve currency? A bipolar monetary system is unlikely to work, monetary policy would become ineffective because there is another alternative, another race track. Eventually, the dominant race track will take the hegemony throne.

Make no mistake about it, the battle for the world reserve currency and the 21 century is on. The unknown is whether the central bank’s great unwind will strengthen or actually weaken the paper Empire of the west.