The economic “recovery” narrative in Europe is beginning to look a little flaky again.
It is Europe’s banking woes that are starting to wobble the pillars and unsettle the economic landscape. With each day passing It is becoming more difficult to ignore the cracks in Europe’s economic recovery story.

A focused light beam on Europe’s banks highlights the fact that another banking crisis could be brewing backstage. Indeed, behind the curtains, a number of European government’s are quietly fretting over just how they will keep the banks afloat (solvent), protect depositors savings and thereby prevent another bank run.

Bank runs are synonyms with the Great Depression yet it was only a few years ago (2015) Greece experienced a bank run. Moreover, two years earlier (2013) banks in Cyprus remained closed to prevent a bank run and when the banks did reopen the Cypriot government then put strict limits on how much cash could be withdrawn from the system. 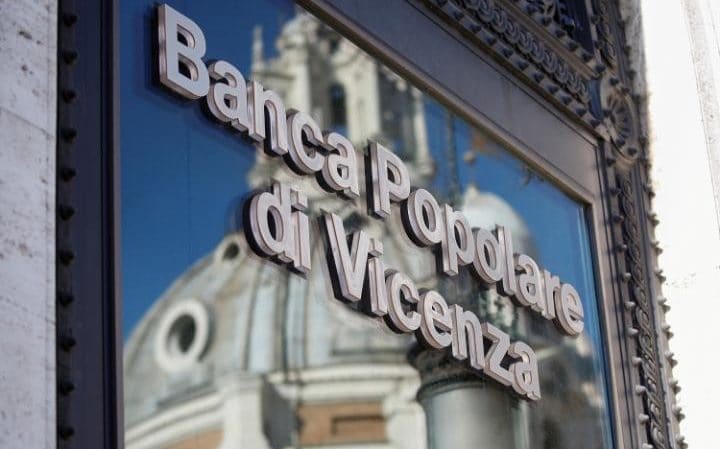 But fast forward to today and it is the Italian government that has been racking its brains over how to “clean up” the two failed “Veneto” banks (Banca Popolare di Vicenza SpA and Veneto Banca SpA) in one of Italy’s wealthiest regions.
Plan A was for the government to go cap in hand to the wealthy business community in the region and beg for rescue finance. But that failed after all wealthy business people tend to be prudent and usually won’t willingly part with money unless they are acquiring a sound asset or “political favors”.

So the European Central Bank (ECB) became restless and recently went on stage to say that the two Italian banks are failing or were very likely to fail and the matter was then sent to the Single Resolution Board in Brussels for their management.
Italy Commits $19 Billion for Veneto Banks in Biggest Rescue

But investors be warned because the Resolution Board together with this relatively new European bank resolution mechanism (the EBRD) is no paper tiger it has sharp teeth.
The EBRD can literally wipe out investor wealth with the stroke of a pen, in other words, it is the administrative arm of the new dreaded bank bail-in. So some of the riskiest securities, including equities and AT bonds could have their holdings wiped out in failing banks. In a few words, the government (taxpayers money) is no longer likely to come to the aid of investors who have holdings in risky securities in failing banks. Put another way, the era of taxpayer’s bank bailouts could be scraped for ailing banks ( European taxpayers are already skint), so we are now entering a new era of bank bail-ins.

The implication here is that Italian ailing banks could lose $10 billion in losses from the sale of bad loans at current market prices. Moreover, those losses will now most probably fall on the shoulders of equity investors and risky bond holders.

If you think this won’t happen think again.
Early in June the first, and largest, European bank bail-in took place under the EBRD and the outcome for high-risk investors in Spain’s Banco Popular was mercilessly brutal. Holders of the riskiest securities were wiped out.

Now Italian banks are in the spotlight and the EBRD is likely to chew up and spit out high-risk investors in failing Italian banks. Investors losses in European banks could be counted in the $10 of billions.
This month (June) Italy passed a decree that will effectively sell the good part of the two failed banks to Intesa, Italy’s second-largest and best-capitalized bank. Intesa said last week that it would be willing to buy the best assets for a token price of €1 as long as the government assumed responsibility for liquidating the banks’ large portfolio of sour loans. There is talk that the government would commit approximately €17 billion in taxpayer funds to clean up the two failed banks.
Moreover, following an emergency cabinet meeting this Sunday (June 25) Finance Minister Pier Carlo Padoan said the Italian government will provide Milan-based Intesa with about €5.2 billion euros to allow it to take on Banca Popolare di Vicenza SpA and Veneto Banca SpA assets without damaging its capital ratios.

What’s more, the European Commission has given its thumbs up to the plan above for the two banks and added that it would also be in-line with state-aid rules. The process was sped up so that the failed banks could reopen on Monday, thereby avoiding a depositor panic and bank run. The intervention is necessary because depositors and savers were at risk, said Italian PM Gentiloni.
Italy commits up to €17bn to rescue two stricken banks in ‘pragmatic’ interpretation of EU bailout law

Now let’s take a few steps back and apply the duck test. “If it looks like a duck, swims like a duck, and quacks like a duck, then it probably is a duck”.
So how can Europe be in a so-called economic “recovery” when the banks are failing again. The Italian banking system is looking like the leaning tower of Pisa. Spanish banks appear to be stumbling again and Europe’s largest bank Deutsche Bank is not without troubles.
Surely, when the economy is booming banks are lending, doing well and it is only in a recession/depression when loans go bad on a grand scale. Frankly with all that investor blood-letting in risky bank securities perhaps we are on the cusp of another credit squeeze and heading into a deep recession. If so, keep your eyes peeled to the fundamentals going forward because that will provide you with a clearer direction of where the economy is heading.
But also keep in mind that economic fundamentals and financial markets occupy different worlds with the latter being in fairy tale land for some time now.