The Fed chair’s higher loyalty goes beyond the elected person sitting behind the desk in the first oval office. The Fed is not a public institution, it is a private corporation with secret shareholders. So the Fed chair’s main objective will be to implement monetary policy that upholds, fortifies the wealth, power and influence of the Fed’s shareholders. 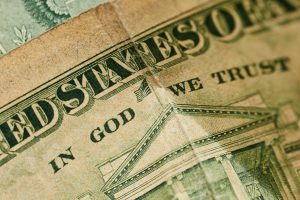 The Fed, the world’s central bank by default, owns the copyrights to the most lucrative brand on the planet, the USD which is the world’s reserve currency. It is called king dollar for a reason. USDs are used to price the world’s vital commodities, the dollar dominates the global debt market which lubricates the wheels of global business and foreign governments.

The object of monetary policy is to ensure financial stability, in other words, implement a monetary policy that will keep the continuity of the current system of rule by fiat.

But when a policy is being implemented to favor a certain group’s interests then it is politicized. For that reason, the Fed chair’s higher loyalty is to its shareholders who thrive on a global debt fiat currency system and that implies that the Fed’s monetary policy is indeed politicized. So to talk of Fed independence is yet another mainstream fairy tale.

The Fed chair’s higher loyalty means that the Fed chair Jay Powell who is continuing with the Fed policy of monetary normalization (which requires further fed fund hikes and quantitative tightening where the central bank unwinds its massive 4.2 trillion dollar balance sheet) is likely to clash with US President Trump.

‘I think the Fed is making a mistake. It’s so tight, I think the Fed has gone crazy’ —President Donald Trump said from Erie, Pennsylvania.
Then in August President Trump said he expected Jerome Powell to be a “cheap-money Fed chairman”, which implies that Powell should continue with the accommodative policy

“During this period of time, I should be given some help by the Fed. The other countries are accommodated,” said President Trump to a news service.

In July President Trump said that he was not “not thrilled” with Powell’s Fed rate hikes.
Moreover, President Trump added in the interview that he would keep up his criticism of the central bank if it continued to raise rates.

“I would not associate Jay Powell with craziness” she told CNBC at the IMF and World Bank annual meetings in Bali, Indonesia.

But what does the Fed chair’s higher loyalty mean for investors?

The current stock sell-off which I forecast in mid September could be just a seasonal correction.

So when should investor/traders start to worry?
I would be heading for the hills if the 10-year Treasury note yield climbs above 4%, gold breaches its long-term resistance price level, approximately $1440 yields, and stocks keep selling.