Price level targeting could become the central bank’s novel (some say riskier) policy posture which could be used to set the future level of money supply.

If so, it could mean greater volatility in the future rate of US inflation and unemployment going forward. 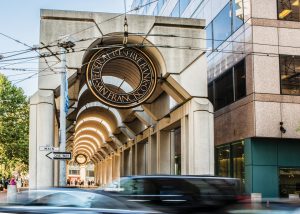 Former Fed chair Ben Bernanke is putting the cat amongst the pigeons (or at the very least testing the water) with his most recent blog, entitled Temporary price-level targeting: An alternative framework for monetary policy, dated October 13.

Academics tend to speak from their intellectual pedestal to like-minded intellects, so they are not easy to follow.

In this piece, I will do a bite-sized breakdown of what Bernanke is saying in his recent piece, Temporary price-level targeting.

First a definition; what is price level targeting?

The price level used as a barometer is the Consumer Price Index (CPI), or some similarly broad measure of cost inputs. So the Fed’s dual mandate is to keep inflation at 2%, which is the Fed’s price level target and promote maximum employment.

The Fed is currently using inflation targeting rather than price level targeting to achieve its dual mandate.

What are the similarities and differences between the two policy postures?

Price level targeting is similar to inflation targeting in that both use targets for a price index like the CPI. For example, the Fed inflation mandate (goal) is to keep inflation at 2 % per year.

However, when the monetary policy committee (MPC) gather around a table, take a sip of their ginger beer (apparently that is what central bankers like to drink) and make changes to the money supply (this is called open market operations) using inflation targeting the MPC is only looking forward (i.e., a 2% inflation target per year).

When price level targeting is used to carry out open market operations, which entails the buying and selling of government bonds, the MPC is also taking past years on inflation data (CPI) into account.

But price level targeting is considered a more risky policy posture
Why?

So if price level targeting is used in the above example it would influence the MPC decision making towards taking more active measures to reduce the money supply through their open market operations in order to bring the price back down to the 100 target level.

In short, this could create more volatility in the rate of unemployment and inflation in the short term which could also have a political fallout.

Bernanke notes “low nominal interest rates, low inflation, and slow economic growth pose challenges to central bankers. In particular, with estimates of the long-run equilibrium level of the real interest rate quite low, the next recession may occur at a time when the Fed has little room to cut short-term rates.”

Bernanke adds that the zero-lower bound (ZLB) on interest rates means the Fed might not have enough useful policies in their toolbox. Bernanke acknowledges that forward guidance and quantitative easing (QE) during a period of ZLB might not be enough for the Fed to stimulate the economy during the next recession.

Bernanke has a point, bearing in mind that any rate cut at ZLB would be insignificant. Moreover, QE has been exhausted with trillions of dollars of bond purchases in the last 2008 financial crisis and QE to infinity is in reality impossible. Why?

Because there is only a finite amount of bonds that the central bank can purchase. Put another way, QE goes hand in hand with fiscal expansion (Government spending) and how likely is fiscal expansion when the US deficit has smashed through the 20 trillion USD mark. Trump grand trillion dollar infrastructure plan appears to be spinning in the mud.

Raising the Fed rates would increase the federal government’s interest payment on this ballooning government debt.

But there is no profit for the Fed (a consortium of secret private shareholders) to bankrupt its best customer (the government) with crippling interest rates. 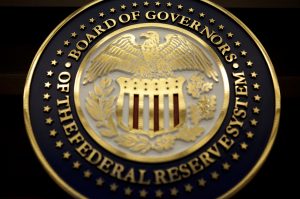 So then it is no surprise that Bernanke proposes to raise the Fed’s inflation target above the current 2 percent level and advocates instituting a price-level target that would operate at all times.

However, Bernanke also notes that raising the inflation target would be hugely unpopular with the public and invite “a political backlash, perhaps even a legal challenge.” It would also be “an inefficient approach to dealing with the ZLB,” wrote Bernanke.

What then is the solution?

Price-level targeting as an alternative monetary framework, according to Bernanke.
The former Fed chair notes that price-level target has at least two advantages over raising the inflation target. First, it satisfies the price stability mandate (say, 2 percent) and second is it has the “lower rates for longer”, thereby promoting full employment.

Price-level targeting is also a two-edged sword. “Under price-level targeting, the central bank cannot “look through” supply shocks that temporarily drive up inflation, but must commit to tightening to reverse the effects of the shock on the price level,” wrote Bernanke. “Such a process could be painful and have adverse effects on employment and output,” he adds.

Bernanke suggests a comprise approach which could be temporary-price-level-targeting-an-alternative-framework-for-monetary-policy.

In short, price-level targeting would enable the MPC to keep rates lower for longer but also submit to higher inflation. That could be something for traders/investors to mull over. Furthermore, the market (if it buys it) would have the full confidence that the central bank is working within a framework, albeit alternative, for monetary policy. It is a save of face for the central bankers

So price-level targeting is the new twist in the monetary policy cocktail, along with QE, ZLB, and forward guidance. But will investors drink it?