Notes and coins could soon become obsolete in the fintech revolution 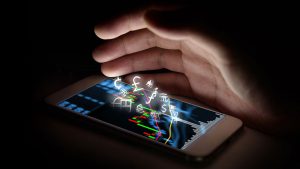 For the technical savvy, the smartphone has become already today’s new digital wallet, its how they pay for corner shop provisions or pick up the tab at Nonna’s kitchen.

The fintech revolution is already creating a modern version of notes and coins for the 21st century.

When a daily financial transaction no longer entails notes and coins changing hands but instead an exchange of encrypted digital code sent from one computer node to another along a blockchain then we are seeing the evolution or the extension of cash in society.

The fintech revolution will be disruptive, it will create winners and losers

Technology fused banking services are creating “neo banks” (what I call black thoroughbred stocks) which are already posing a threat to the status quo of traditional providers of retail banking.

Amazon, the US online retailer, is leading the fintech revolution charge. Amazon now provides payment services and loans to merchants on its platform. Facebook also has an electronic money license in Ireland. Moreover, its WhatsApp messaging service is building a payments offering in India. China’s $5.5tn payments industry has also been impacted by the fintech revolution with both Alibaba and Tencent dominating the region.

For example, Singapore’s biggest bank, DBS has launched its mobile phone-based “disrupter” banks in India and Indonesia in the past two years. Moreover, DBS has signed up more than 2.6m people by using fingerprint recognition to match them against biometric national identity cards.

Online banking customers are “a third more profitable than traditional bank-based clients”, said DBS’s Piyush Gupta, chief executive a year ago during a presentation of the bank’s digital strategy.

CEO Piyush Gupta also revealed that “new digital customers generate on average a 27 percent return on equity for the bank, compared with the 18 percent return it earns on its traditional branch-based customers.”

The CEO’s comment inspired a rally in DBS shares. DBS has its Singapour $61bn market capitalization (October 12) which more than many major European rivals, such as Barclays, BBVA and Deutsche Bank.

In the more conservative less tech-savvy Europe, the fintech revolution is already playing out in peer to peer services providing foreign currencies

TransferWise, an Estonian company, is another rising star in the fintech revolution. TransferWise CEO Kristo Käärmann cofounded the company after he became frustrated with the cost of international money transfers. The company actually shows the customer how much they are saving when using their foreign exchange service.

With a win, win business model it is no surprise that TransferWise’s, online foreign exchange service is conquering market share, its monthly dollars processed from $2.8 billion in April 2018 to $4 billion just four months underscores the exponential growth of the company. The company already has 4 million customers and counting and is pioneering boardless bank accounts.

“The message is out there that new digital players are in town and the banks are under attack,” says Richard Lumb, head of financial services at Accenture. “What they are scared of is a leakage of customers and that leakage becoming a flood over time.”

Indeed, Struggling high street banks have recently been added to the list of Crispin Odey ‘s bearish wagers. “High street banks are starting to resemble ailing department stores such as House of Fraser by failing to keep up with online rivals”, wrote Crispin Odey.
“Banks are watching all their profitable activities – foreign exchange, consumer finance, small company lending – being taken away by fintech companies and peer-to-peer lenders,” added Crispin Odey.

Established retail banks will need to adapt to the fintech revolution

But adapting to this new retail banking environment means more than just implementing fintech revolution technologies to provide rival services. Retail banks will need to start passing on the savings to their customers too, after all, it is more competitive pricing that is driving the exponential growth of fintech revolution companies.