Could the current nosedive in risk asset prices be similar to the story of Icarus? There is sound logic to believe that last week’s rout in stocks is more than just a healthy correction and that prominent traders are positioning themselves for the Icarus trade.
Indeed, Ray Dalio’s big short $13 billion in stocks, particularly Italian financial stocks confirms that heavyweight players are betting on the Icarus trade, a bear market.

Moreover, on January 24 Dalio told a Davos audience, “We are in this Goldilocks period right now. Inflation isn’t a problem. Growth is good, everything is pretty good with a big jolt of stimulation coming from changes in tax laws. If you’re holding cash, you’re going to feel pretty stupid.” That prompted me to write a piece, entitled “Financial Smash-up Heading Our Way”.

When they tell you to zig, you’re sometimes better to zag.

But why the Icarus trade, what has Icarus got to do with the financial markets? 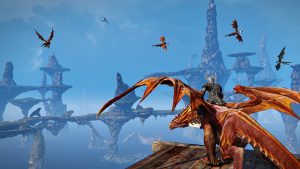 In Greek mythology, Icarus flew to close to the sun, against the warning of his father, his wings (made of wax) melted off. Icarus plunged into the Agenean Sea and drowned. So the arrogance, overconfidence of the mythical Icarus who ridiculed and diminished the warnings of his old man not to fly too close to the sun is somewhat similar to the Fed (or more precisely an elite private banking cartel). The king on the dollar throne believes it is divine The Fed can create currency at will, it can manufacture fake bull markets, prop up the economy on a borrowed currency not earned and those who criticise the money printing fiasco are ridiculed as tin foil hats, marginalized and demonetized into oblivion.

The Icarus trade, a bear market is likely to play out at best because the Fed has repeatedly applied the same policy solution, more currency creation to the same problem.

How can lackluster economic growth and a debt problem be solved with more debt?
So the Fed reckoned if QE1 didn’t work then what about QE2, QE3, Operation Twist, then let’s get our sidekicks (ECB, BoJ, BoE) to do the same. Approximately 12 trillion USD of currency has been created (the greatest monetary easing experiment in the history of finance) since the financial crisis of 2008 to keep these markets propped up.

So the worse case scenario for the Fed is that this unprecedented money creation accelerates the greatest geopolitical shift of the century, the pivot to the East away from a USD centric world.

USD is the world’s reserve currency. One of the main reasons why commodity producers gravitate towards pricing their raw materials in dollars is due to the dollars’ stability. The major sovereign wealth funds are heavily invested in US treasuries. China is the biggest buyer of US treasuries. Moreover, US treasuries are used as prime collateral amongst the commercial banks where the banks underwrite loans to each other using US Treasuries (and other G7 sovereign debt).

A US sovereign debt crisis would cause the USD to plunge in value as investors no longer perceive US treasuries as a safe haven. That would also blow the collateral chains off the entire banking system as banker realize that the collateral they are holding has depreciated so they would demand more collateral which would be the catalyst for the mother of all credit squeezes.

The above is what a financial apocalypse would look like, a US sovereign crisis followed by a USD collapse. But it is the worse case scenario and unlikely to happen.

Why?
China’s largest trading partner is the US. Moreover, China is a big investor is US treasuries. So why would China shoot itself in the foot?
Yes, China and Russia are spearheading a rival monetary system along the New Silk Road.
But why would these two rival superpowers collude to collapse the US Empire which has 800 military bases in more than 70 countries with enough nuclear destructive power to destroy the world five times over? China’s Xi Jinping and Russia’s Putin (currently the two smartest leaders on the global stage) would probably calculate that now is not a good time to dump US paper and topple the dollar from the throne (assuming that were their intention).

Nevertheless, the Icarus trade could still play out despite the fundamental in the US economy improving due to the business-friendly Trump administration.

The 1.1 trillion US infrastructure plan and US tax plan to repatriate offshore profits, a stockpile of $2.6 trillion of US corporate profits is a tailwind for the economy but it might not be for stocks.

Cast your mind back to when the fundamental in the economy was deteriorating and stocks were booming. Remember with every bad news emerging stocks kept rallying, it was a stock bully market by default and I attempted to explain the madness using the “insane rule.”

“In a mad world, only the mad are sane,” Akira Kurosawa.

I wrote, “so let’s use the “insane rule” to explain this mad bull market.
Here is the magic formula kept short and simple in the hope that it sheds light on today’s “markets”.

There are just three variables, A (pending financial crisis ), B (central bank intervention) and C (markets will go up)
Now, the rule states A=B and B=C, so A=C.

Therefore, applying the rule to contemporary markets a financial crisis means markets will go up, put another way bad news is good news under this warped logic.”

Maybe this explains the best case and perhaps most likely scenario a mild bear market (if the fundamentals really improve). If so the highs will keep melting down (as the central banks unwind its balance sheet and hikes rates) hence the Icarus trade (sell the highs could pay off). Time will tell.