Put simply, there are a number of heavyweights players behind the transhumanism investing 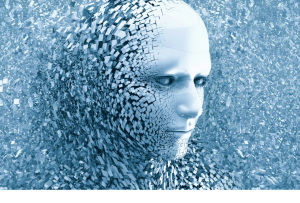 For example, The Defense Advanced Research Projects Agency (known as DARPA) is building technology that will allow troops to control machines with their mind. So in future conflicts soldiers will have a speed advantage by being able to deploy robot worriers using just brain monitor signals and thoughts.

Moreover, Amazon’s CEO Jeff Bezos along with In-Q-Tel (a strategic investor for the CIA) has invested $15 million in D-Wave, a quantum computing company.

Google co-founder Larry Page has also got onboard transhumanism investing with a $750 million investment in Calico, a laboratory for anti-aging technologies.

In 2012, Google appointed Ray Kurzweil, a futurist who believes artificial intelligence will soon allow humans to transcend biology, as an engineering director.

Perhaps transhumanism will lead to immortality for the elites.

In a few words, transhumanism is the belief that humans can evolve beyond their current physical, mental limitations by means of science and technology.

There are ethical implications regarding transhumanism investing

Who or what will determine accessibility to transhumanism technologies, whether it be neurological implantations able to stimulate learning and cognitive function, or “Iron Man” exoskeleton which provide its human user with supernatural bionic physical strength and endurance. The half human, the half-machine will make the once impossible now possible, thereby widening the gap between the haves and the have-nots fussed with transhumanism technologies.

Moreover, if bioethical advancements are the next phase in human evolutionary history would that then lead to the end of humanity itself. What if human consciousness is somehow switched off and humans are converted into mindless robots incapable of interacting with other humans? An observation of human gathering would reveal that humans are more connected with their “smartphone” than other humans.

What’s more, one-quarter of millennials (fertile age group) have admitted that they would have a sexual relationship with a robot, according to a Paris-based think-tank. “An insane 27% of participants between the ages of 18 and 34 confirmed that they’d consider dating a robot. This was the highest positive response of any age group”.

LumiDolls Torino (Italy) is the first sex doll brothel and it is apparently fully booked up. We’re booked out for weeks, save for a few small exceptions,” the establishment told Wired. So if the rise of the “digisexual”, someone who is more sexually attracted to robots than humans outnumber heterosexuals the human race will become extinct.

Giving mobility to people paralyzed in an accident, curing mental illness, dementia which robs people of their dignity and independence are all noble and fine application of transhumanism technologies.

So transhumanism investing in a company with a healthcare application would be a black thoroughbred stock.

The Motif Index is a zero in on transhumanism investing

A motif is an intelligently weighted basket of up to 30 stocks and ETFs built around themes and investing styles. A Motif Index 1YR return chart plotted against the S&P 500.

The transhumanism investing sector with the best performance to date is medical appliances and equipment with a jolly 67.9% return on investment year to date.

So clearly the transhumanism investing sector which has done extremely well has been medical appliances and equipment.

As I said previously in this blog a healthcare stock fussed with technology is likely to be an outperformer. Moreover, I believe the stars are aligned for this sector to continue outperforming, bearing in mind that an aging population means demand for healthcare is likely to grow at a time when cash-strapped governments are desperately looking at ways of reducing costs. Your future GP could be a robot, autonomous ambulances could also soon be a reality.

What companies should be considered for transhumanism investing?

Other sectors of transhumanism investing outside healthcare could be security. I have already mentioned that DARPA is already investing in transhumanism. Biometrics is another application for transhumanism (for border security and banks). Biometrics, for instance, has the ability to identify the human identity through biological characteristics such as fingerprints, eye pattern, gait (in walking). Identix is a leader in growing biometrics.

So transhumanism investing has a lot of growth potential. Indeed, Peter Thiel and Larry Ellison have openly put money into anti-aging technologies. There’s also growing optimism that companies can make fortunes in the immortality quest.