The political fallout from US President Trump’s “shithole countries” remark could mean troubling times for investors going forward. It is difficult to deny the fact that the current US President has the tact, decorum, and diplomacy of an uncouth workman.

Here’s Trump’s comment during an immigration debate which grabbed world headlines; “Why are we having people from all these shithole countries come here? The US should accept more immigrants from countries such as Norway.” Trump’s comment has racial undertones which emanate from a 1924 Congress bill.

The racist bill set-out to drastically slash immigration from what Adolf Hitler described as the “mud races”, they include countries in southern Europe, Slavic, Jews. People from Asia, Africa were banned from entering the US.

Frankly, it is extraordinary that in 2018 a US President (leader of the so-called free world) is making such derogatory and offensive comments about people and their country of origin. Moreover, it could also be a sign of troubling times ahead for investors.

Can you match the Donald Trump insult to the country he insulted? 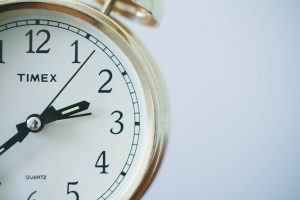 So a politically incorrect Trump could spell troubling times for iconic American brands. The billions of dollars spent on advertising and marketing by the major brands to capture growing markets in emerging countries (what Trump refers to as “shit hole countries”) could now be in vain.

I get a picture of many CEOs of big consumer brands fuming behind closed doors, accessing the likely backlash on their sales and revenue due to a non-politically correct Trump who has been referred to by US Secretary of State Rex Tillerson as “a fucking moron”.

Indeed, that is becoming difficult to deny too, bearing in mind that Trump is also trampling over his own brand. Shithole has been projected onto Trump Hotel in Washington DC, with “pay Trump bribes here” and “we are all responsible to stand up and end white supremacy”.

But how do you quantify these troubling times for investors in terms of potential losses in sales revenue?

If American brands were to suddenly lose their “cool factor” in the world’s most dynamic growth market, the new Silk Road it could be considerable.

But already red flags are indicating troubling times for investors of US brands.
The “Trump Effect” is tarnishing American iconic brands with US best brand image now in freefall. The U.S. dropped to sixth place, losing its No. 1 spot to Germany. The survey, conducted by the Nation Brands Index, questioned public opinion on 50 countries by examining their brand in terms of governance, exports, tourism, investment, immigration, culture, and heritage. The U.S. was behind France, the United Kingdom, Canada and Japan, but came in second in exports and culture.

For investors, this trend of US tumbling in the best brand image could mean go short US brands and go long rival brands, in other words, sell Chrysler Jeep and buy Range Rover stock. See Darren winter’s investment strategies.

So what happened to the business skills of Trump, the man who built the Trump global brand?

If Trump’s derogatory remarks about certain immigrants and their country of origin was not a slip-up but deliberate then serious troubling times for investors could be dead ahead.

Trump’s xenophobic and sexist insults are no different to what you would sometimes hear on a construction site or a workman’s cafe. Put another way, Trump is saying what the so-called “deplorable” would say. Moreover, the more Trump sounds like them the more he is loved by his base.

But why does Trump want to be loved by the “deplorable”?
Yesterday’s wall of meat which defended Trump in the inauguration could be tomorrows cannon fodder.

The theory of Pi and Future probabilities, the so-called time machine for the human brain.

So let’s take this full circle. He who controls the currency controls everything.

The elite western private banking cartel has no intention of surrendering US dollar hegemony to a rival monetary system.
The shadow government will do everything in its power to disrupt the new Silk Road. Already this is playing. In Iran, we recently saw rioting and Syria where a swarm of armed drones attacked a Russian military base. A proxy war with Russia is already in play.

Is Trump about to finish what Bush and Obama started?

The real troubling times for investors could be that the Trump deception will lead to WWWIII.

The knight on a white horse who claims to save the lost and forgotten, the so-called deplorable will lead them to war. The shadow government have got what they wanted, a war president and maybe the agenda is no longer trade but instead to set the new Silk Road on fire. When the Fed starts to tighten and the economy turns south hope will turn to anger then Trump to remain loved might be tempted to tap into “the rally around the flag effect” that occurs during a crisis or war.

But a second Korean war would be bloody. Military strategists describe the North Korean landscape as mixed terrain-it is like Switzerland with many rice fields. It is the most difficult terrain to fight a conventional war. Bad weather, mountains regions would make aircrafts easy targets for local fighters hiding in carves. Tanks would be useless, heavy artillery will be difficult to get into position. It would a low tech war, men on donkeys with small arms fire. Moreover, the North Koreans would be more motivated to fight the invaders on their home turf-it is the kind of war that wastes a lot of men-the kind of war that America hates fighting.

Moreover, if it the war were to escalate and go nuclear then these are really worrying times for investors and frankly the world.