Up until recently, the Global X Uranium EFT price has been in a secular bear market with a few small bull markets in a larger bear market.

Five-year return to date -17.47% but over the last 3 months it is up the same amount (17.63%). Traders weighted towards technical analysis are starting to wag their tails. Uranium EFT has recently managed to break through a line of resistance, volume has picked up and so too has volatility. The technical indicators are flashing a trend change for uranium prices. 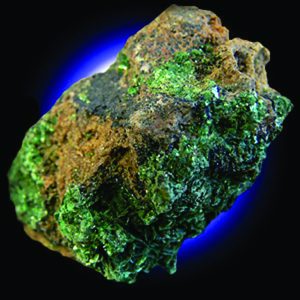 So traders, like good poker players, are eyeballing the uranium price breakout and they are wondering whether it is real or fake. A zero-sum money game in cyberspace is playing out, where all that counts is whether the uranium price-breakout is a ladder to profits or a snake to losses. But figuring out what is real and what is fiction (in this case a potential red-herring for traders) through a digital interface is challenging, after all, we live in an era of fake news and official data that often doesn’t jive with the reality.

But is the uranium price-breakout real or fake?

Maybe it is time to grasp something tangible, the fundamentals.

So a google search, “application of uranium” confirms what most of us already know; that uranium has a dual application, civilian (peaceful) for energy use and a military application. Regarding the former, uranium is currently used as fuel in nuclear power reactors for electricity generation which provides “14% of the world’s electricity”.

Other peaceful applications of uranium also include medicine, in the food processing-industry, industry sector (radio-isotopes are used for industrial X-ray requirements, aeronautics, autos), space industry and History and culture(used to estimate the age of archeological remains).

So uranium has a wide civilian application, moreover, its use for electric generation is what could support the view that the uranium price-breakout is real.

Modern technology requires an ever-increasing amount of electricity. We are on the cusp of a data mining revolution, tomorrows smart digital ledgers require computing power which is fueled by electricity. Tomorrow’s global currency is likely to be in a digital form. Whether this digital currency is going to be controlled by the central banks or decentralized remains to be seen, however, what is clear is that for cryptocurrencies to go mainstream a technical hitch will need to be solved.

Bitcoin with its blockchain technology has an energy problem which also creates an opportunity.

So could nuclear energy be the solution for tomorrows digital global currency powered by blockchain technology?

Perhaps there is a shift to the right in the demand curve for uranium driven by new technologies if so the uranium price breakout could be real.

What is also real is the electrification of mass transportation which could support this recent uranium price breakout.

A number of developed countries will ban the manufacturing of combustion engines, requiring auto manufacturers to build electric cars.

France, the largest manufacturer of electric vehicles in Europe, will end sales of petrol and diesel vehicles by 2040 as part of an ambitious plan to meet its targets under the Paris climate accord.

“We are announcing an end to the sale of petrol and diesel cars by 2040,” said Ecology Minister Nicolas Hulot. It is a “veritable revolution,” he added. Norway is planning “a complete ban on petrol powered cars by 2025”.Germany wants to put one million electric cars on the road by 2020 and Sweden’s Volvo also recently revealed plans to “go all electric”

So fossil fuels are out (albeit in Europe) and clean energies are in and that is likely to mean greater demand for nuclear energy.

If nuclear energy powered the cities and industry of today perhaps it will also power the mass transport of tomorrow.
Put another way, there is a shift to the right in the demand curve for uranium driven by new technologies and government policy to wean the economy off fossil fuels. If so, then the uranium price breakout could be real.

But there is also another reason why the uranium price breakout could be real. It is to do with the weaponizing of uranium and a new foreign policy style of the US Trump administration.

Trump’s foreign policy, particularly towards North Korea’s ambitions to become a nuclear power in Asia is no different to that of the previous Obama administration-both administrations were against the idea. However, it is Trump’s nightmare nuclear style of diplomacy that is different.

The risk is that North Korea’s Kim Jong-un doesn’t back down from his nuclear weapons program and Trump is then perceived on the global stage as a paper tiger-the fire and furry clown with empty threats.

Other adversaries of the US would then believe that the only way to negotiate with the Trump administration is to have the nuclear gun cocked and loaded at the negotiating table.

In short, if Trump’s nightmare nuclear style of diplomacy backfires (and this is unclear because mainstream media have reported no halt in Kim Jong-un missile testing but also there’s also another underreported story that North-South Korea are talking) then it could trigger the proliferation of nuclear weapons.

Iran, Saudi Arabia, Turkey, Vietnam, Taiwan, Japan, Australia, the European Union have all been thinking at some point about developing nuclear weapons.

Whats more, there is even chatter that the world may be a safer place with more nuclear weapons,
bearing in mind that it is the balance of terror (the doctrine of M.A.D) which has kept post-WWII Europe at peace.

So with countries missiled-up will politicians bully less and talk more?
The idea sounds mad but if we do see the proliferation of nukes then that too supports the view that uranium price-breakout has got legs.