Where next for Bitcoin?

On the subject of where next for Bitcoin, a senior economist recently wrote that Bitcoin could rise beyond $1 million or it could go to zero.

“The ‘true’ value of Bitcoin depends on its future use case,” wrote Teunis Brosens, a senior economist at ING.

“If users would, en masse, lose interest, then it could end at zero. On the other hand, in the unlikely scenario that Bitcoin takes over all worldwide payments, its value could rise beyond $1 million,” said Brosens. 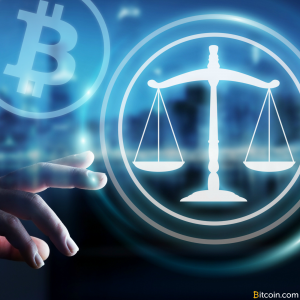 So reading between the lines Brosens is effectively saying in a roundabout way that he doesn’t have a clue where next for Bitcoin. Although there is skepticism in his analysis that Bitcoin will take over all worldwide payments and perhaps for good reason.

Where next for Bitcoin may not be at the core of everyday financial transaction. But that is assuming that Bitcoin doesn’t solve a technical issue which is holding back from it becoming a mainstream worldwide payment system.

Bitcoin with its blockchain technology has an energy problem which also creates an opportunity. One Bitcoin transaction now uses as much energy as a comfortable American house (with all the mod cons) for one week. That averages out at 215 kilowatt-hours (KWh) of electricity for each Bitcoin transaction. There are approximately 300,000 transactions per day.

So buying electric utility stocks could be a less risky way of riding the blockchain technology boom.

That is assuming that Bitcoin doesn’t solve its energy problem, its ability to become a mainstream worldwide payment system in an energy sustainable way. Could tomorrows technology innovations solve Bitcoin’s energy problems of today? Maybe, after all, necessity is the mother of all inventions.

Bitcoin cryptocurrencies as a worldwide payment system like all new technologies before it is experiencing teething problems, it could probably get over this technical hitch.

Where next for Bitcoin in the immediate term is about resolving a technical issue which probably the technologist could solve. But it is whether the creators of fiat currency have the political inclination for a parallel system to coexist and compete with the status quo is another matter.

So where next for Bitcoin depends whether you ask a technologist who can see that cryptocurrency has functionality and is experiencing early teething problems due to its overwhelming success. The technologist is hugely bullish on Bitcoin believing that the price is consolidating before it takes another moon shot.

Likewise, activist investors are married to Bitcoin, they see cryptocurrencies as a digital equivalent of occupying Wall Street, a way of decentralizing the creation of money away from what they believe to be a super elite corrupt banking cartel. The activist investor will probably hold Bitcoin even if the price of Bitcoin tumbles by 40%, they are ideological investors who will go down with the ship if Bitcoin sinks.

The political Machiavellian type of investor also has a view of where next for Bitcoin. They smell trouble. They understand that the Fed (a private banking cartel) has an unwritten function, to extract monopoly profits from the flock in the form of interest payments on debt (money which the cartel creates with a few keystrokes on a keyboard). They also understand that the kingpin doesn’t like competition. Bitcoin is outside the Fed’s business model of fiat debt currency. How can the elite banking cartel profit from it? So the cavalry is charging.

The CBOE Bitcoin futures market was set up four weeks, put another way the big guns are now in position. Institutions (so-called smart money) are using the futures product to slowly but surely build a short position in bitcoin. According to the CFTC Commitment of Traders report (available CBOE futures), non-commercial traders held a net short position of around $30mn as of Tuesday, Dec 26, or around half of the total open interest.

Meanwhile, many smaller retail investors are still convinced that Bitcoin will rise “bullish bets are 3.6 times more common than bearish ones,” according to the CFTC report.

Since the CBOE Bitcoin futures market was created four weeks ago Bitcoin has been sliding from its all-time high of 19,000 USD.

Moreover, from the first CFTC report suggests that the pounding of Bitcoin price could soon intensify. The side with the most fire-power wins every time and the Fed has unlimited fire-power.

Every trader worth his salt has figured out that being on the wrong side of the Fed’s cannon is futile.

Where next for Bitcoin?
Over to you.