Will the Robot Revolution be a Game Changer?

The major emerging national economies (the so-called BRICS-Brasil, Russia, India, China South Africa) boomed during a period when the developed countries outsourced jobs to low-wage countries, particularly China and India.
It made commercial sense for the big manufacturers to build production plants where labor was plentiful and cheap. So production plants in Mexico, China, and India mushroomed. 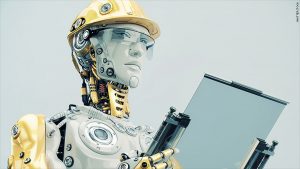 For a period emerging national economies were on the move with Stella double-digit GDP growth rates, they were being energized with multinational capital. It was this tremendous inflow of capital into emerging economies that made it possible to build the infrastructure, roads, bridges, airports, ports needed to move goods all over the globe and people to their place of work.

Hundreds of millions of people in rural areas moved to cities to take up jobs in the burgeoning economy. Such a relocation of people from the rural areas to the cities translate into a construction boom.
China was urbanizing at a phenomenal rate with hundreds of new cities being built.
The construction boom in the emerging economies was also the catalyst for the commodity supercycle (commodity boom) which benefited commodity based economies.

In the developed economies politicians would sell the idea that outsourcing was good after all the rich economies didn’t want low paid unappealing manufacturing jobs.
It was (wrongly) believed that as an economy develops and progresses its workforce is better educated and more highly skilled. So there is a transition from primary industry (agriculture farming) to secondary industry (manufacturing) and eventually tertiary industry (finance, insurance, legal, medical). Developed economies with their pool of highly skilled workforce would then outsource low skilled jobs to low-wage centers and exchange their expensive services for low-cost goods made by workers in low-wage countries.
This comparative advantage of trade meant (at least in theory) that in a globalist world all would benefit (an idealistic impossibility).
Workers in emerging nations would be lifted from poverty with new factory jobs. Moreover, living standards for workers in developed economies would also rise (they could now buy goods for half the price)
The multi-nations would also profit from plants being built in low-cost labor regions. Cheaper labor costs meant more profits for the multinationals. Moreover, transforming a primarily rural-based economy into the world’s factory translated into a boost in revenue for multinational infrastructure companies and mining companies. Furthermore, a newly emerging middle class also meant a larger international consumer market.

But it was the largest and most powerful multinational on the planet, The Fed, that enjoyed the biggest slice of the globalist cake. The industrialization of emerging national economies required a vast amount of finance. Put another way, outsourcing of industry internationalized the US dollar because it created the proliferation of USD loans in emerging markets. That also helped to strengthen USD hegemony.

But let’s go back to the spark that set all of this off.
It was low labor costs in emerging economies that triggered outsourcing, globalization and double-digit economic growth in emerging nations. Furthermore, in developed economies, we witnessed the rise of political popularism (Trumpism) where many of the manufacturing jobs were lost due to globalization.

Now throw into the equation the robotic revolution, advancements in AI and it becomes apparent that being the world’s factory based on low labor costs is no longer an advantage.
Put another way, a fully automated US factory based in Indiana that churns out ball bearings can out-compete its less technological advanced manufacturing rival in India, Mexico or China.
It is anatomically impossible for flesh labor to compete with robots on the production line. A robot doesn’t get tired, stop for a toilet break, join a Union, require a holiday, or stop for lunch it just slaves away! Industry has now engineered its model worker, a robot.

So industry no longer needs to relocate to low labor cost countries.
In a few words, the robot revolution (third industrial revolution) is going to be a major game changer.

Would the robot revolution then lead to a capital flight from emerging to advanced economies?
Yes, I believe so.
We could see the reverse trend that outsourcing caused over the last few decades with
the low labor cost factories in India, China, Mexico becoming tomorrow’s rust belt.
Today’s rust belt in Indiana and Ohio could become tomorrow’s most technologically advanced fully automated factories.

So investing in BRICS nations has yielded investors with impressive returns but perhaps that may not be the case going forward. China’s economy has boomed being the world’s factory, double digit economic growth is currently considered the norm.
But when robotic technology takes away China’s low labor cost advantage it will need to compete on other grounds, such as innovation, creativity, design.

Let’s be frank, outsourcing has enabled China to reverse engineer many western products in what could be described as the largest industrial espionage in history.
But how creative and innovative is China’s industry on its own merit?

Perhaps this is something investors need to mull over.
Think about it. If the multinationals start relocating their factories back to developed economies what would these emerging economies be left with? Ghost factories, ghost cities and a concentration of unemployed low-skilled workers in urban ghettos?If so, that would be a hotbed for political and social instability.

How Machines Destroy and Create Jobs

It might be more prudent to place your chips on economies that have proven to be creative and innovative. Those that can build robots and do what robots cannot do.